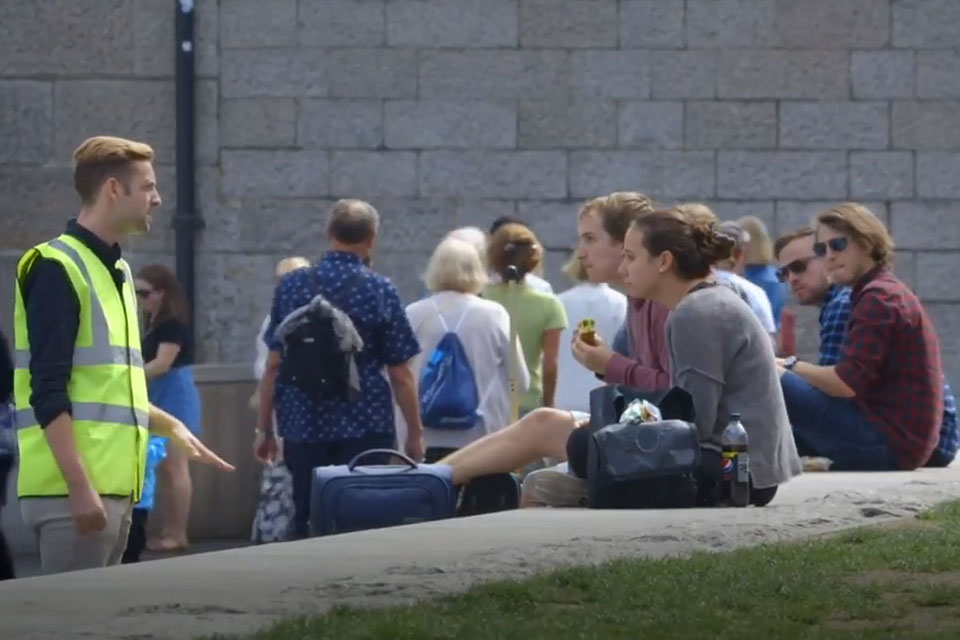 Not being allowed to give a colleague a paracetamol, filling out a form to use plasters and a ban on birthday cake candles are among Britain’s most bizarre health and safety rules.

Researchers who polled 2,000 workers also found one in five aren’t allowed to change light bulbs in their workplace.

And another fifth are banned from wearing flip-flops in the office amid safety concerns.

The study, conducted by international animal charity SPANA, also found some workers are only provided with plastic knives and forks, while others must tuck in their shirts when shredding paper.

The study also found more than a third of respondents believe the health and safety laws in their workplace are too strict.

One noted that a wound as minor as a paper cut was required to be logged in their company’s ‘injuries book’.

Another wasn’t allowed to change the clocks on the wall to fit in with daylight savings – being forced to call an engineer to complete the task.

And a bamboozled employee was shocked to find that tinsel was banned from their Christmas decorations, ‘in case someone got tangled up in it’.

It also emerged nearly four in 10 respondents are happy to break rules in their place of work they deem unnecessary, or generally don’t agree with.

One fifth have fallen foul of management and been disciplined for ignoring what they believed to be an overly-strict ruling at work.

In fact, for 14 per cent of respondents, things got so bad that they considered looking for a new place of employment.

Half of British workers think health and safety regulations have got stricter since they started working at the company – with the average employee having been in place for more than eight years.

More than four in 10 have even had to utter the immortal words “It’s health and safety gone mad” after some new rule was introduced.

And one in four said they’d have preferred to work 50 years ago, when health and safety regulations were much less strict.

Although of those who have been injured in the workplace, a quarter admit they were contravening health and safety rules at the time.

1. No leaving doors open, as it’s a fire hazard
2. No wearing of shorts
3. No heavy lifting
4. No open toed sandals in case you drop something on your foot
5. Do not wear flip-flops in the office due to safety concerns
6. Do not change light bulbs
7. No running
8. Do not climb a ladder
9. No drinks near a PC or laptop
10. No toasters
11. Only allowed hot drinks in certain areas
12. Do not give each other painkillers, such as paracetamol
13. Do not take get any medication from the first aid box
14. No candles on someone’s birthday cake
15. Do not take a plaster without filling out a form
16. No heaters
17. No open windows
18. Must hold handrail when walking up or down stairs
19. No tinsel to be put up anywhere near work stations
20. No hats
21. Do not carry drinks up or down stairs
22. No carrying boxes
23. Water bottles only – no cups or glasses
24. Nobody is allowed to bring nuts into the building
25. No Christmas tree to be put up
26. No fans
27. No eating while walking
28. No turning things off
29. Do not shred documents
30. No hot drinks
31. Do not attempt to remove paper jams from the printer
32. Do not move office chairs
33. Must wear a headset to be on the phone
34. Do not share food food from home, such as cakes, with colleagues due to the potential food poisoning risk
35. No balloons in the building
36. Employees must clock out before engaging in chit-chat
37. No facial hair
38. Anything left on your desk gets thrown in the bin
39. Only plastic knives and forks to be used
40. No more than one personal item on your desk