According to the Annual Occupiers Survey 2016 conducted by the Royal Institution of Chartered Surveyors (RICS), the next five years will see South East-bound office occupiers expanding their portfolios at a faster pace compared to those in the capital.

Produced in association with Savills and EY, the survey found that 20 per cent of UK property decision-makers expect to increase the amount of office space they own or rent in the South East; in comparison to decreasing (seven per cent). In addition, a net balance of 13 per cent more respondents in the South East expect to increase rather than decrease their property portfolio – equating to almost double the seven per cent in London.

RICS director of UK commercial property professional group, Paul Bagust, said of the results: “Among those who expect to expand (41 per cent), more than half cited quality of facilities (57 per cent) as the key driver for selecting their office space. Proximity to transport links and amenities is the next most important (39 per cent), with a third (35 per cent) citing technology and digital connectivity.”

He continued: “The figures indicate those taking on more property are doing so to find better quality spaces, which are better managed, and are equipped to deliver greater value to business – helping with recruitment and contributing to the bottom line. Occupiers are undoubtedly getting smarter about understanding the value good, well-managed premises can deliver.”

Elsewhere, when asked about the importance of location and the quality of workplace premises impacting employee performance and satisfaction, the top five factors recorded in the survey are: pay and benefits (64 per cent); company culture and reputation (62 per cent); proximity to transport links and amenities (49 per cent); flexibility of working arrangements (43 per cent); and quality of premises and facilities (34 per cent). 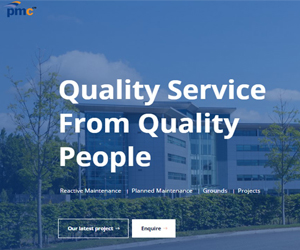