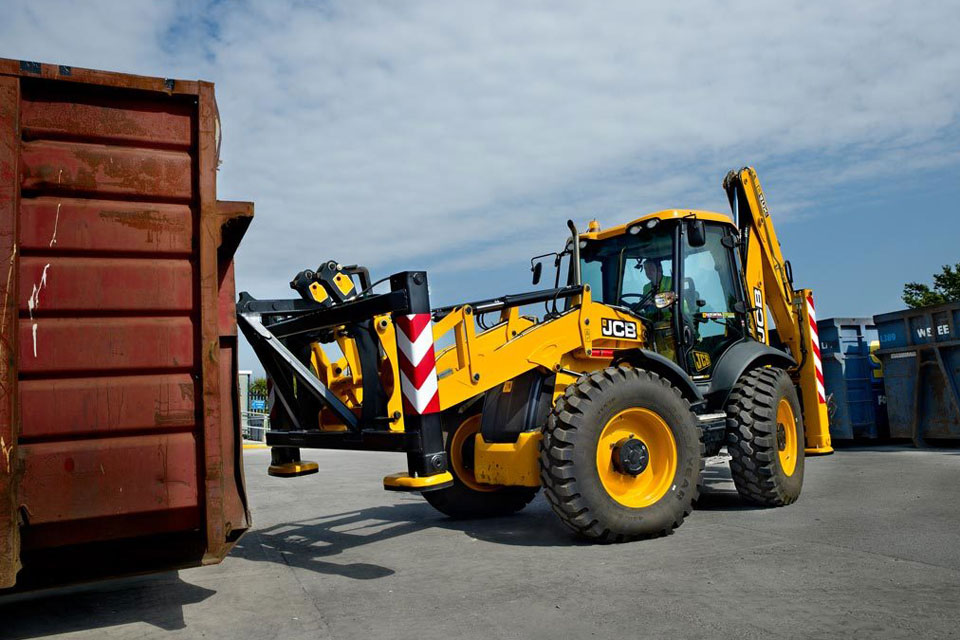 LondonEnergy Limited (LondonEnergy) has further underlined its commitment to health and safety as it introduces a programme of improvements at its Reuse and Recycling Centres across North London.

The first of these sees an investment of almost £400,000 in 4 new JCB 5CXs which have just been delivered to the following Recycling Centres:  Regis Road in Kentish Town, Western Road in Wood Green, South Access Road in Walthamstow and Summers Lane in Chingford (which LondonEnergy operates on behalf of the North London Waste Authority).

The new JCB 5CX model, which prides itself on ‘more height, greater reach, better visibility,’ will provide operators with much greater flexibility than their existing mobile plant which were incurring high maintenance and repair costs

The 7.10 metre excavator arm with the multi-purpose jaw bucket will allow bins to be compacted far more efficiently, improving payload.  What’s more, the integrated stabiliser legs can raise the machine by up to 400mm to provide excellent visibility and reach into bins.

The machines are also being supplied with loading buckets, and a hook lift attachment at 2 of the 4 LondonEnergy sites, which will allow workers to perform loading operations and move bin containers with the same machine.  The JCB 5CXs also come fitted with a wealth of safety benefits which include: a protective rear screen to shield the operator from flying debris, a door safety alarm which alerts the operator if the door is opened in the raised position and seat belt alarms.

In addition, LondonEnergy was impressed with the green credentials that the machines offer:  The JCB 5CXs are fitted with EcoMAX engines which produce virtually no particle pollution in its exhaust gases.

Robert Stammers, Head of Waste Operations at LondonEnergy, said: “The purchase of this new JCB machinery marks a significant investment by LondonEnergy, and the first step along the road to improving the experience at our Re-Use and Recycling Centres for workers and members of the public alike.

“The 5CX model furnishes us with a range of new health and safety benefits, the most important of which is greater visibility.  Visibility on a busy site is crucial and we believe that these new machines are the best on the market for our operation.”