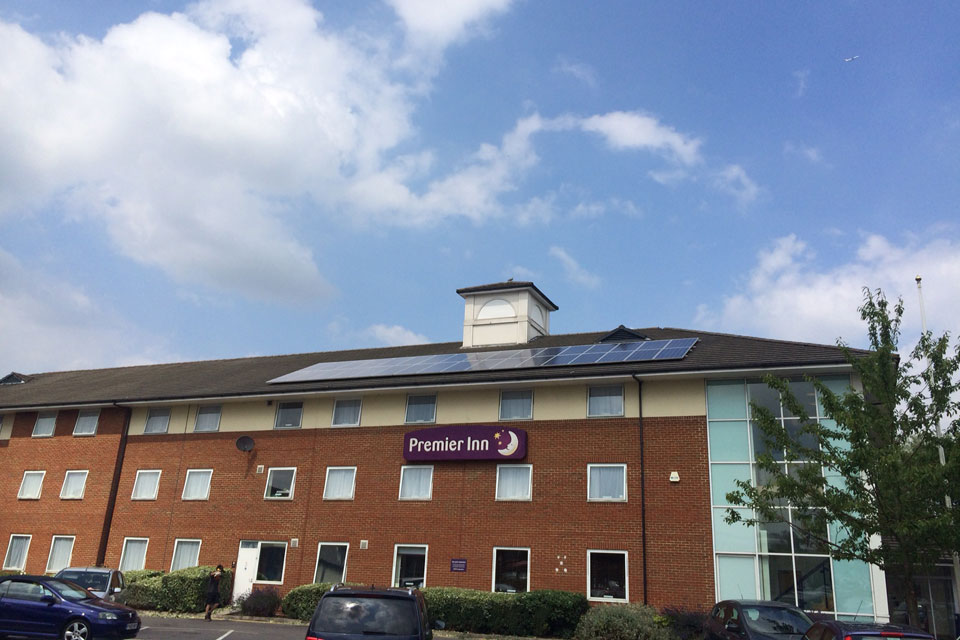 Premier Inn is the UK’s biggest hotel brand, with more than 750 hotels based across the UK & Ireland and is owned and operated by hospitality group Whitbread.

As part of Whitbread’s commitment to reducing their impact on the environment, it has set ambitious carbon reduction targets for each of its brands. For Premier Inn, improving the carbon footprint of its hotels by increasing energy efficiency and reducing the amount of electricity being taken from the grid, is a key focus.

A strong business case for improvements

Premier Inn started investigating ways to meet its carbon reduction targets. There needed to be a strong business case for any measures and improvements which might be made.

The overall aim for the hotel chain was to reduce its electricity costs and carbon emissions by making energy efficiency improvements. As well as using less energy, the team were keen to start generating their own renewable power.

The team approached Anesco for help in rolling out a portfolio of rooftop solar installations, which were to be installed at Premier Inn sites across the UK.

Solar was the perfect fit, as its use and installation would cause the minimal disruption to guests and the operational side of the business. It was felt that having solar panels on the roof would also be a visible sign of the company’s commitment to the environment. 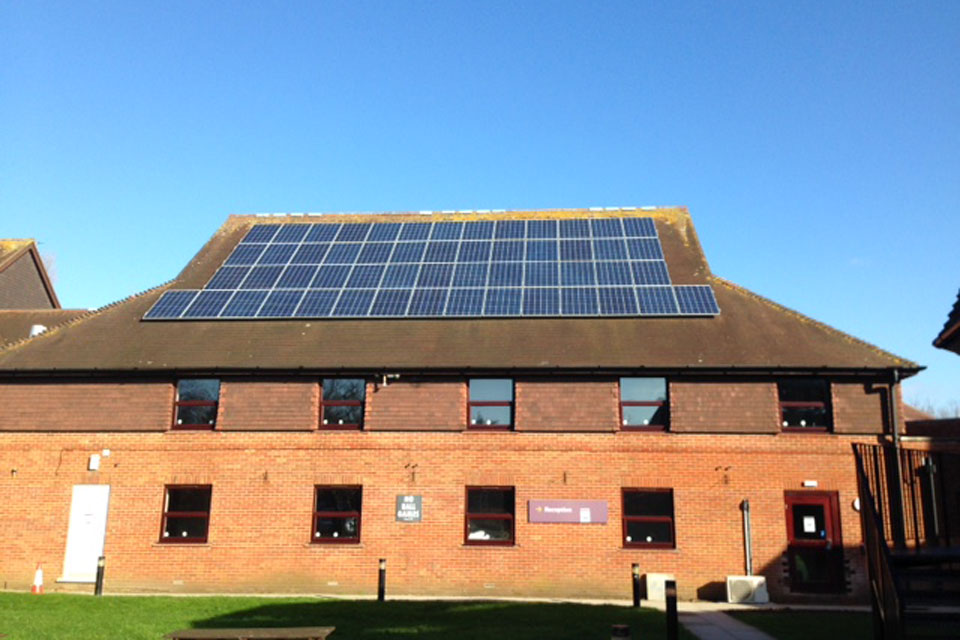 Achieving the maximum benefit for the minimum cost

Anesco began by conducting a desktop study of the whole portfolio of Premier Inn sites, to assess which would be feasible and also the most beneficial sites, for solar to be fitted. It was important for Premier Inn that any installations achieved the maximum benefit for the minimum cost.

From the information provided by Anesco, the Premier Inn team was able to build an investment case for the project, which was subsequently given the go-ahead.

At this stage, Anesco then visited each shortlisted site to conduct a detailed onsite survey and ensure all roof spaces were sound, while checking for any other issues, such as accessibility.

Both teams took a collaborative approach to the project, jointly pulling together a schedule and agreeing on the optimal site list – those which would generate the greatest returns for the least outlay.

A bespoke solar scheme needed to be designed for each site. Anesco ensured that each scheme would achieve the optimal benefit for Premier Inn, with elements such as size and orientation both taken into account.

Anesco then worked closely with Premier Inn’s in house energy project manager on the delivery of the schemes.

The first batch of solar schemes were installed in stages throughout 2013/14. Then in 2015, the project culminated in a 44-site installation programme, which was completed in 12 weeks. In total, solar was installed on 88 Premier Inn sites.

The installations themselves presented many operational challenges. With the hotel’s ‘good night guarantee’, it was important that guests were not disturbed. This influenced logistical decisions, such as the time that works could commence in the morning. 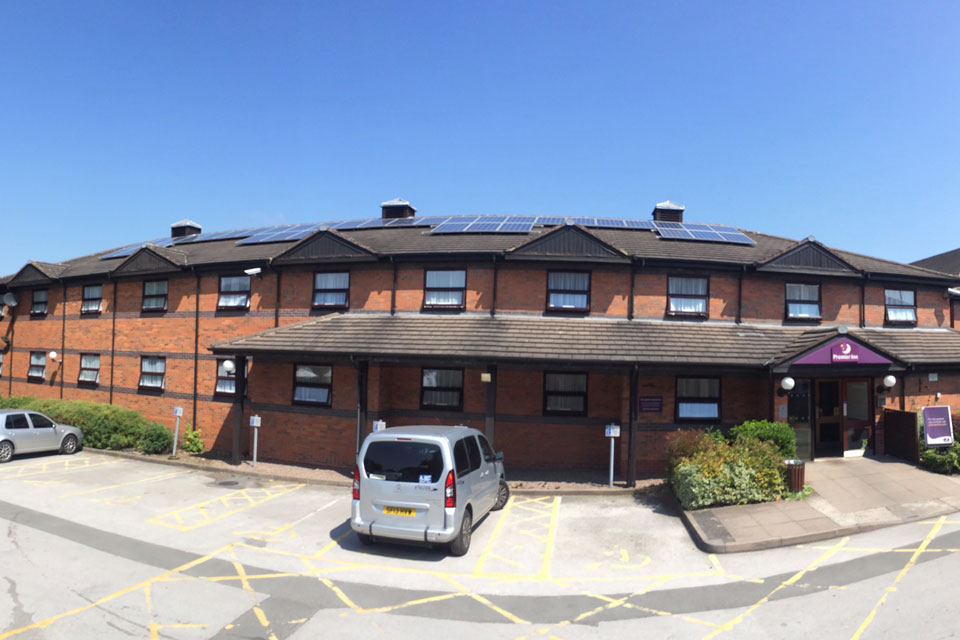 The result has been that Premier Inn is taking a lot less electricity from the grid and is also receiving a monthly income via the government’s Feed in Tariffs. It is a financially sound project, which continues to justify itself through its carbon reduction benefits and impact on the chain’s carbon footprint.

Ensuring the optimal performance of the solar assets

Anesco’s O&M service, AnescoMeter is in place to monitor and maintain Premier Inn’s full portfolio of solar sites. This includes sites which haven’t been installed by Anesco, such as those on new build hotels.

Premier Inn has access to the AnescoMeter portal, which allows them to see how well individual sites and the whole portfolio are performing, at any time. A detailed report is then provided to the team at agreed times, for use in their internal reporting requirements.