CASE STUDY: Changing the face of apprenticeships in FM 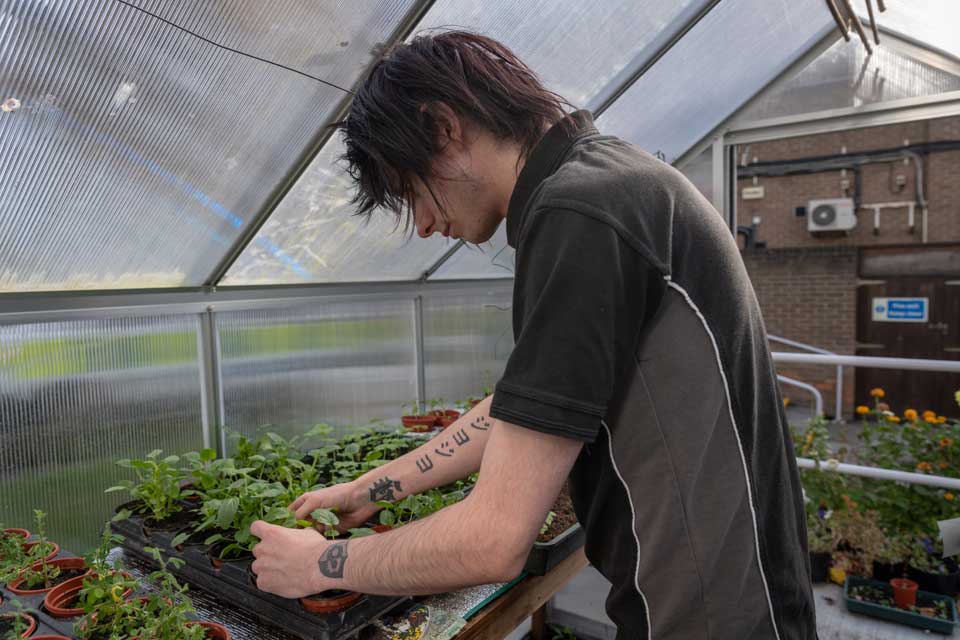 ABM UK apprentice, Joseph Goddard, is in his third year as an apprentice and is currently at Manor Walks shopping centre in Cramlington.

He has bags of talent and passion for sustainability and innovation, and so has shaped his remit at the site to include the opening and maintenance of a greenhouse and flowerbed on-site.

This idea has grown substantially since; he’s just pitched an idea to create a biosphere on site which will see him recreating habitats from around the world in order to grow plants not typically seen in the UK e.g. cacti.

Joseph became an ABM apprentice in April 2017, based at Manor Walks Shopping and Leisure in Northumberland.

After attending college and completing his AS Level exams in product design, applied science and business studies, Joseph decided he was ready to jump into the workplace. Although he was keen to continue his education, he also wanted to earn money. He discovered the ABM UK apprenticeship scheme and hasn’t looked back since.

Turning 21 this month, the Cramlington local couldn’t be enjoying his apprenticeship more.

His short-term goal is still to remain very much education-focused through his studies at college. He has already planned to continue his apprenticeship until he reaches Level 4 in Facilities Services Management but then intends to start working towards a managerial role. He loves being based at Manor Walks because of the diverse nature of the job. Right now, he undertakes a combination of educational subjects in college alongside practical, hands on experience at Manor Walks.

He says: “When I started my apprenticeship I was really comfortable with the college side of things because I was used to it and it’s a well-trodden educational pathway; I could do the academic aspects relatively easily.”

“When I was given actual hands on responsibilities in the workplace it was a bit of a shock, albeit a good one. It was so different to what I knew. I’m in my second year now and have worked across various parts of the centre and tried my hand at lots of different areas.”

“I can be inside the centre working with the cleaning teams, or doing paperwork such as rotas, timesheets or health and safety records. Equally, I can be outside looking at waste processes; recycling and compressing cardboard are two tasks that I really enjoy because they were the starting point of some pretty amazing projects that I think will be career defining.”

By getting hands on with the centre’s recycling programme, coupled with environmental modules in college, Joseph is set to lead the development of an impressive biosphere project at Manor Walks. The project will see Joseph create a self-sustainable structure to promote and educate local schools on exotic habitats and what environments are needed to grow rare plants in the UK.

Joseph continues: “The project I am working on involves growing flowers, fruit and vegetables in two greenhouses onsite. I was working on this with my manager and also the landscaper onsite. Watching everyone bring home fruit and vegetables for their families to enjoy gives me a great sense of pride!  It got me thinking about what else we could do. I asked lots of questions, and over time, started to think about a biosphere project; I developed the idea with my manager and I ran with it.”

Joseph presented his biosphere project to the centre’s senior management team alongside ABM managers recently, with outstanding success. He’s just had a sign-off to put the idea into practice over the Christmas period and into next year.

Joseph says: “I presented my idea to the team at Manor Walks, including my boss, the shopping centre manager and other ABM UK senior business people. I was nervous at first, but it was a brilliant experience and it helped to bolster my confidence.

“My ultimate goal is to get schools involved. It’s a brilliant way of taking a tour around the world. What started as an area that piqued my interest has turned into an actual passion point. I never considered for one minute that I would be doing this…It’s not what I expected to be part of my apprenticeship but I love it! It has really opened my eyes on the opportunities an apprenticeship can offer.

“In the long term I want to take my career down a managerial route. With sustainability high on the agenda, I see this project as a great addition to my experience and look forward to next year when I get to realise my idea.”