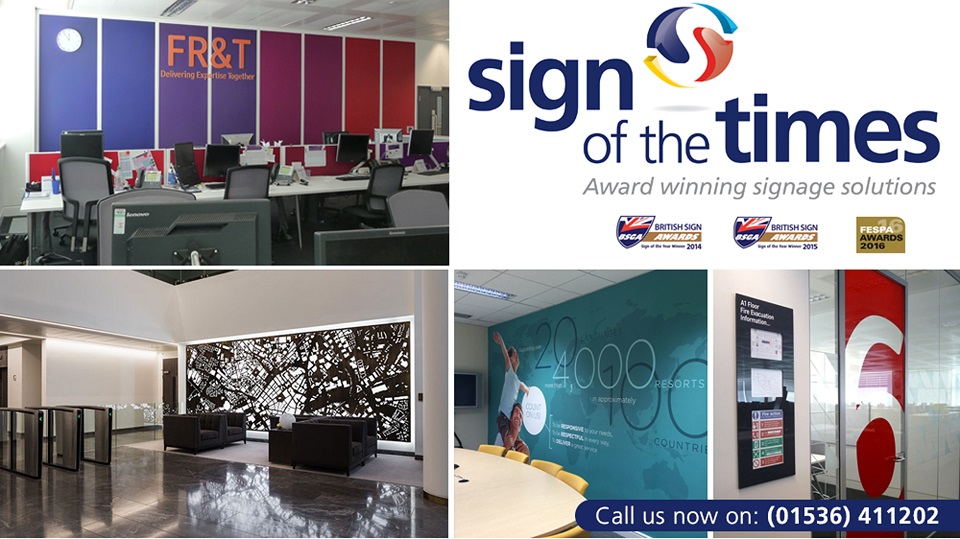 When refurbishing your office, make sure you also embrace the opportunity to promote your brand. Research shows that carefully designed environments can promote positive brand message to staff and visitors alike. Why waste this perfect opportunity to make a statement about your company?

Sign of the Times are specialists in creating office environments; from creating and installing bespoke reception areas with welcoming, integrated displays and features, to fitting window graphics, wallpapers, staff communication boards and almost every other element of essential office detail.

They work with some large household brand names on all manner of their commercial requirements and are award winners when it comes to the production of reception and atrium areas alongside their creative partners.

Having access to an enviable resource of 17 fitting crews and 4 sites across the UK, they are fully equipped to handle any size roll-out program with dedicated account managers and customer focussed support staff to ensure that each project is handled with the highest levels of service and solution in mind.

Sign of the Times office refurbishment support services include:

Sign of the Times can offer any level of solution from a complete multi-floor program to the production of essential H&S signage. They are here to help you make the very best of every opportunity to promote your brand. 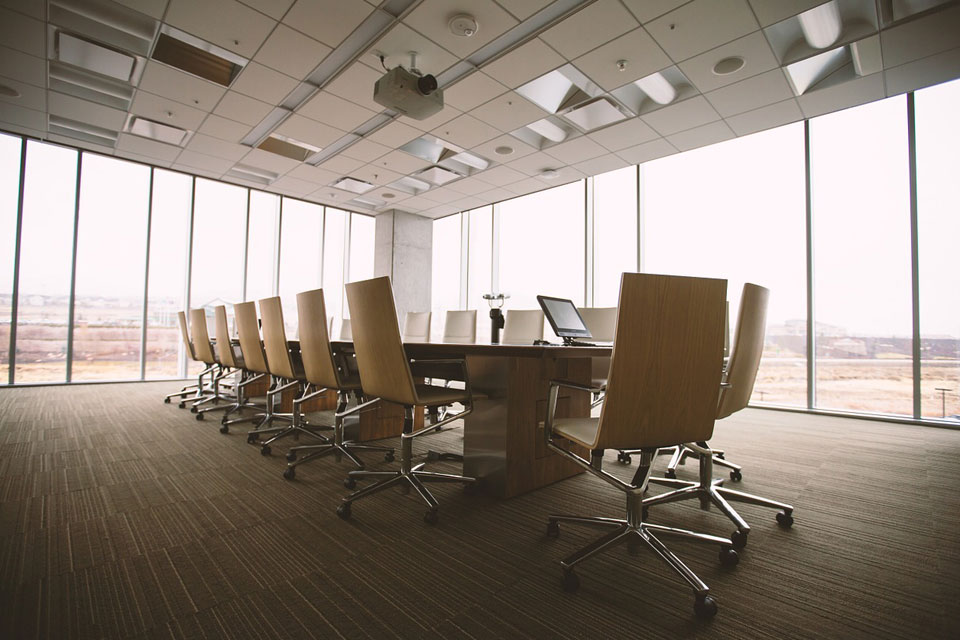 A report commissioned by estate agent Savills has suggested that London’s outer boroughs could provide greater office flexibility, as workers look for shorter commutes and a better working environment.

Spotlight: London Mixed Use Development suggests that the capital needs a combination of more homes and workplaces beyond central London, potentially offering a huge opportunity for office space located in the less congested London outer boroughs.

Rapid rent rises in central London locations, including City, West End and Docklands, while the outer boroughs have shown flatter growth, also adds to the attraction of office space outside of the city.

Based on the latest estimates of office-based employment growth in London, the report suggests that an additional 4 million sq ft of commercial office space is required every year, equivalent to 1% of existing stock, or three buildings equivalent to The Shard per annum.

The estimate of demand, split between inner and outer London boroughs, also shows that a quarter of the additional office space will be required in the outer London boroughs – but current share of new offices in development, depending on timing of delivery, is only 7%, equating to around 2 million sq ft.

This figure will need to increase if the new emerging outer London office locations become reality. 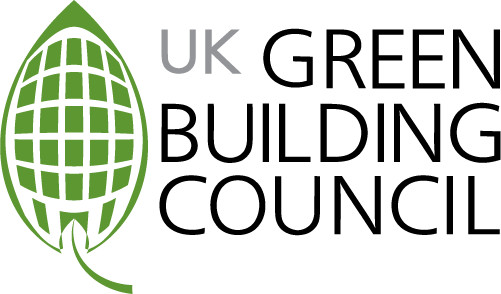 The UK Green Building Council‘s (UK-GBC) headquarters in Central London has achieved the lowest embodied carbon footprint ever recorded for an office refurbishment in the UK.

Working in collaboration with London-based architects, Barr Gazetas, among other organisations, the landmark project has proven to be an exemplar for sustainable office refurbishment and also features a range of innovative wellbeing measures – such as an innovative ventilation system and an automated low-energy LED lighting system – to deliver an environmentally friendly workplace.

Notable statistics collected in the aftermath of the office refurbishment are: 48 per cent decrease in carbon emissions from lighting; 139 kgCO2/m² – embodied carbon footprint 22 per cent below a comparable ‘standard’ fit-out and the lowest ever recorded in the UK (under the SCP database, WRAP database); 98 per cent of original fixtures and finishes reused or repurposed; and 99.4 per cent of construction waste diverted from landfill.

Chief executive of UK-GBC, Julie Hirigoyen said: “UK-GBC’s purpose is to accelerate the transformation of places so that people and planet can thrive. In refurbishing our own office space, we had a fantastic opportunity to trial and showcase the very best solutions sourced from our membership. I’m delighted at the outstanding results we have achieved – both to minimise our environmental footprint and to improve the wellbeing and productivity of our staff.

The UK-GBC HQ will be subject to a ‘post-occupancy evaluation’ in order to assess its operational performance against performance factors such as energy efficiency and air quality. In addition, staff satisfaction will also be analysed through ongoing surveys, with results compared to previous data collected prior to the refurb.

To view an annotated diagram providing details of the suppliers and products used in the refurbishment, click here