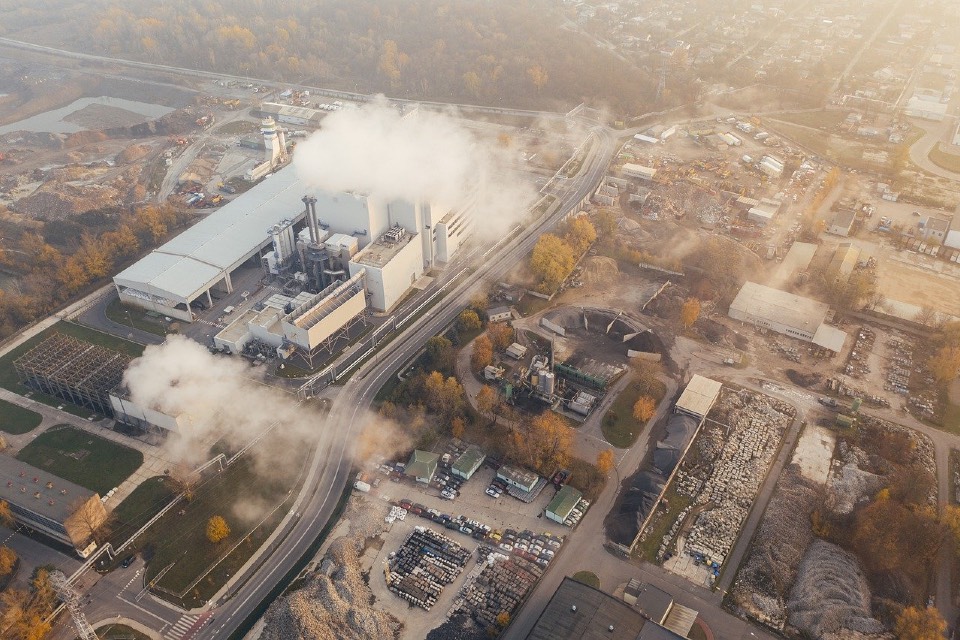 OPINION: EU carbon market in the crossfire of the energy crisis and legislative changes

By: Guest Blog
22nd June 2022
By Riham Wahba, Market Analyst at Vertis Environmental Finance
The EU ETS, covering Europe’s carbon-intensive industries, establishes emission reduction targets for more than 11,000 installations. Such entities were responsible for more than 1.3 billion tons of CO2 emissions in 2021.
Besides these companies, in 2018, the European Commission opened the market to financial entities; hence, EUAs (in practice, a “permit” to emit 1 ton of CO2) shared some traits with financial derivatives. However, the allowances have always had more in common with energy commodities than traditional financial instruments. The move, nevertheless, improved the carbon market’s liquidity and sent a stronger price signal to those covered by the system.
Carbon prices in Europe on a roller coaster ride
EUAs experienced a steep price increase, initially driven by its market reform, that later turned into a surge following the covid market turmoil in 2020. On March 18th, 2020, as lockdowns phased out across continental Europe, the price of one ton of CO2 tumbled to as low as €15. Since then, the price curve has only been trending upward. Reaching almost €100 in February 2022, a more than significant 554% increase compared to March 2020.
All market participants anticipated a carbon price of €100 by the end of the compliance cycle in April 2022. It took a war for the price to descend from highs to as low as €55 beginning March 2022. The Inflationary pressure from rising energy prices in the repercussions of the war created a demand-destruction paradox that may or may not prove correct in the long term.
The War in Ukraine and subsequent concerns over shortages had a knock-on effect on industries in Europe. Businesses fretted about the higher cost of inputs, supply chain disruptions, and consumers’ Incomes diminishing purchase power due to the high inflation rate of 8.1% in May.
Impact on the industry and energy production
Volatility continued to grip energy commodities and, by extension, carbon futures as the EU approved several sanctions against Russia. Gas has been red-hot as traders feared supply cuts from Russia in retaliation of European sanctions. The benchmark Dutch TTF gas contract reached an all-time high above €200/MWh in March, and German baseload power neared €500/MWh.
Companies covered by the EU ETS have struggled with these rapidly rising gas and electricity prices, especially in the Mediterranean countries of the EU, Romania and the Netherlands, where the excessive financial burden has taken some companies to bankruptcy or activity suspension. For businesses, it is a real challenge to decarbonize their processes in this economic environment, but just as with Darwin theory, those companies that can adapt the better to the new energy landscape are the ones that will move forward, but at least in the short term they will do it at the expense funnel down their costs increase to end consumers, exacerbating- even further- the cost of living.
The energy transition is not on hold
In some cases, business leaders are well ahead of politicians in term of the environmental ambition of their companies. At the beginning of May, in an open letter signed by 140 CEOs of some of Europe’s largest companies, the Commission was urged to meet the Green Deal targets and increase renewable energy capacity in Europe. The war has not delayed the achievement of these objectives. Rather, it served as a wake-up call for those responsible. Last year’s ‘Fit for 55’ package proposals would have reduced gas demand by 100 bcm.
Now, the REPowerEU proposal aims to reduce consumption by 155 bcm, which is equivalent to imports from Russia in 2021. Financing these plans is, of course, a challenge. Still, the European Commission has developed a detailed strategy which includes, for example, raising EUR 20 billion from auctioning allowances from the market stability reserve, and this must be done without disrupting the proper functioning of the carbon market.
What is coming next?
For the Fit for 55 proposals to become binding law, the EU Council and the Parliament (EP) should adopt the legislative proposal either in its original form or amended.
The European Parliament has largely deemed the Commission’s proposal to lack ambition and came up with counter proposals that aim to tighten the system further. In a surprise vote during June 8th plenary, the Conservatives, Social Democrats, and Greens reverted the EU ETS reform report by Peter Liese to the ENVI Committee. MEPs bout over the cap reduction and the pace of phasing out free allowances to industries. The rejected amendments have no legislative standing but offer a glimpse into different parties’ leaning in the EP.
The ENVI Committee had a procedural vote on June 14th, which ensured that the line-by-line amendment votes carried out during the last session would be voted on again in the next plenary session scheduled for June 22nd and 23rd. Negotiations between MEPs on the reforms will be informal until the ballot date.
Unlike the Parliament, the Council seems to side with the Commission’s initial proposals for the carbon market. France, the current holder of the EU rotating presidency, asked national governments to endorse key parameters of the EU ETS overhaul that the EU Commission proposed. It also requested environment ministers to agree on a common position at their meeting on June 28th. Similar calls emerged from other ten member states, including Germany, Spain and the Netherlands. The countries called the bloc nations against watering down the climate and energy plan.
The final shape of the system overhaul will be decided on in trialogue talks involving the European Council, Commission, and Parliament, most probably after the summer recess. The clock to cut the dependence on Russian fuels is ticking, with energy prices hitting the industry and consumers’ pockets.
The energy transition is not only necessary but -even more- urgent.

New research shows Brits are increasingly willing to take measures to achieve better work-life balance, as over 4 in 10 (43%) of UK employees would take unpaid leave to get more time off – the second highest amount of all European countries surveyed after Sweden.

The research from European HR and Payroll solutions provider, SD Worx, found that while Brits want to prioritise taking time off, the struggle is disconnecting from the working world. Findings show that almost a third (32%) of UK employees check their work while they should be offline, and 34% say that it’s difficult to let go of workload when on holiday.

The new research also shows the UK could be filled with ‘workaholics’. When British employees were asked about the amount of time off they think they need to recharge their batteries, respondents say 8.5 days on average. This is the shortest of all European workers surveyed, showing that even taking a week away from the office to disconnect can leave someone refreshed on their return.

The research also found UK employees like routine when it comes to holidays, with 34% preferring to take time off during the same periods each year.

When it comes to booking time off, despite increasing digitalisation in the workplace, surprisingly only slightly more than half (52%) of European survey respondents said they could easily request leave via their desktop, and even less (38%) via their smartphone.

UK employees also said they have to book time off around 27 days in advance – the lower end of the European spectrum compared to countries like Germany (75 days), Spain (61 days) and the Netherlands (55 days) who must really plan ahead of time.

“People work to live, not live to work, and that’s why it’s so important businesses create a culture where personal time and annual leave is respected, and team members are encouraged to completely disconnect,” said Colette Philp UK HR Country Lead at SD Worx.

“This type of culture shows a company prioritises individual wellbeing, and it can help prevent staff burnout in the lead up to a break and limit any anxious feeling about returning to work after. Instead, it helps team members ensure they take essential time off to re-set, and that they come back refreshed, re-energised, and ultimately more productive.”